Following the release in Fajardo, GravestoneComics.com was on hand at the Aguadilla Mall on October 3, for the second stop of the release tour. Our home base, the west side of Puerto Rico, was able to acquire the comics, as well as meet the team behind “Gravestone:Dark Origins #1”. We want to thank Revolt Comics and the Aguadilla Mall management for our warm welcome to the “October Comics Extravaganza” event. 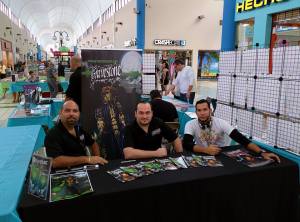 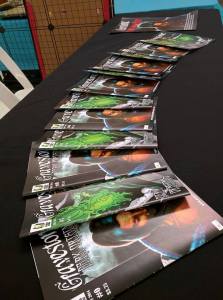 There are still copies available of both of our releases. Please contact our Facebook site for more information on how to order your copy today!